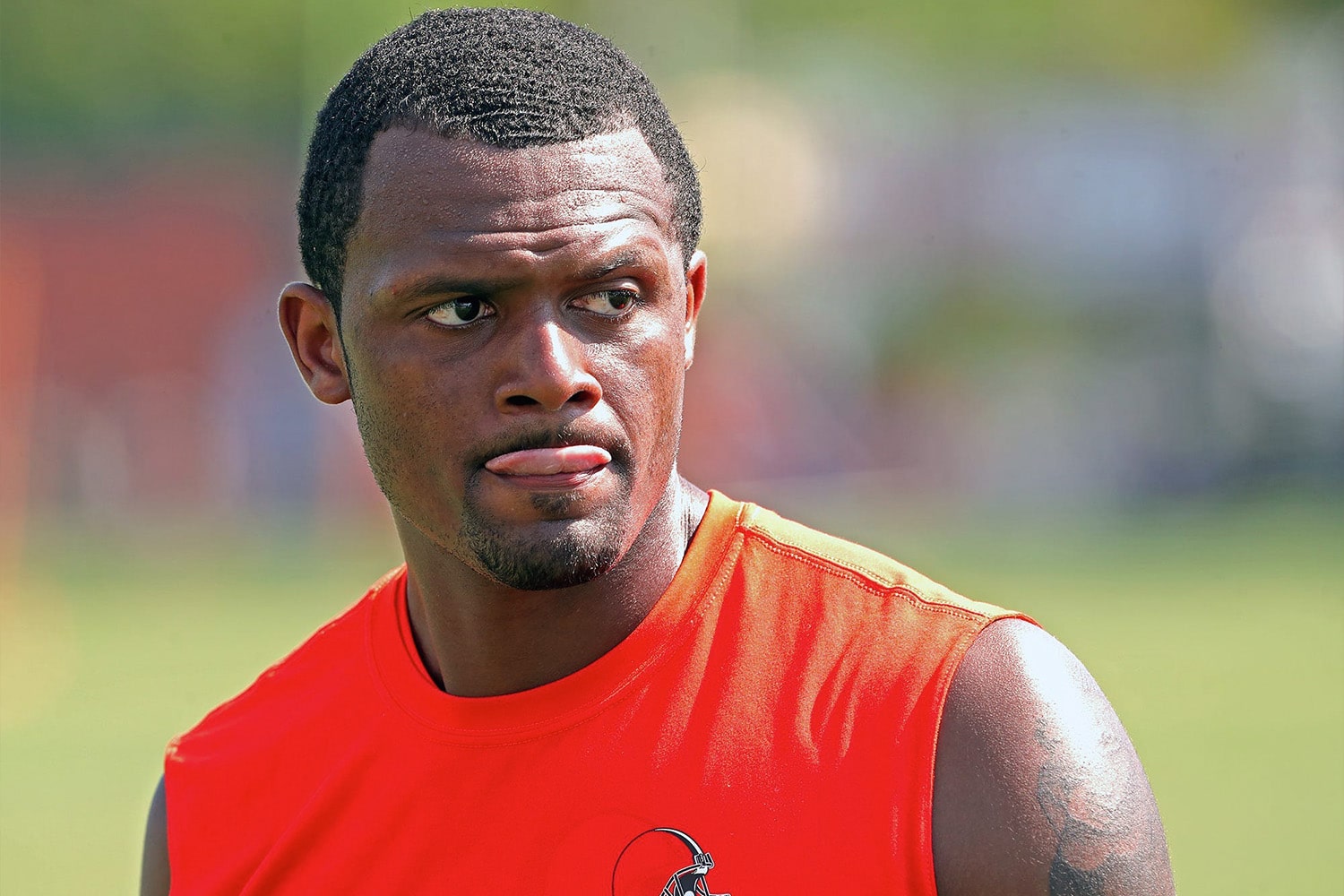 CBS Sports reporters Jonathan Jones and Aditi Kinkhabwala will tackle Deshaun Watson’s return to the field on Sunday’s edition of “The NFL Today.”

The duo will cover the story of Watson’s reinstatement to the NFL after an 11-game suspension.

The league suspended the Cleveland Browns quarterback after two dozen women made allegations of inappropriate sexual conduct during massage sessions. Watson agreed to undisclosed financial settlements with 20 of his accusers in June.

CBS is set to televise Watson’s 2022 debut Sunday (1 p.m. ET) as the Browns visit the Houston Texans. Spero Dedes, Jay Feely, and Kinkhabwala will be on the call for the contest.

The settlement includes a behavioral evaluation and treatment.

There is a delicate dance between broadcast partners and leagues when there are controversial stories.

Watson starred for the Texans for four seasons before the franchise traded him to the Browns for multiple first-round draft picks last March.

As part of the deal, the three-time Pro Bowler banked a fully guaranteed five-year, $230 million contract from the Browns. With sexual misconduct allegations and lawsuits swirling, Watson was inactive for the 2021 season.

The former first-round pick was in damage control mode this week as he practiced for his first regular season start in 700 days, deflecting any questions about the scandal.

“I am focusing on football,” Watson said.

Up to 10 of Watson’s accusers may attend Browns-Texans game in a stadium suite. It’s unclear if CBS will interview any of his accusers as part of its pregame coverage.