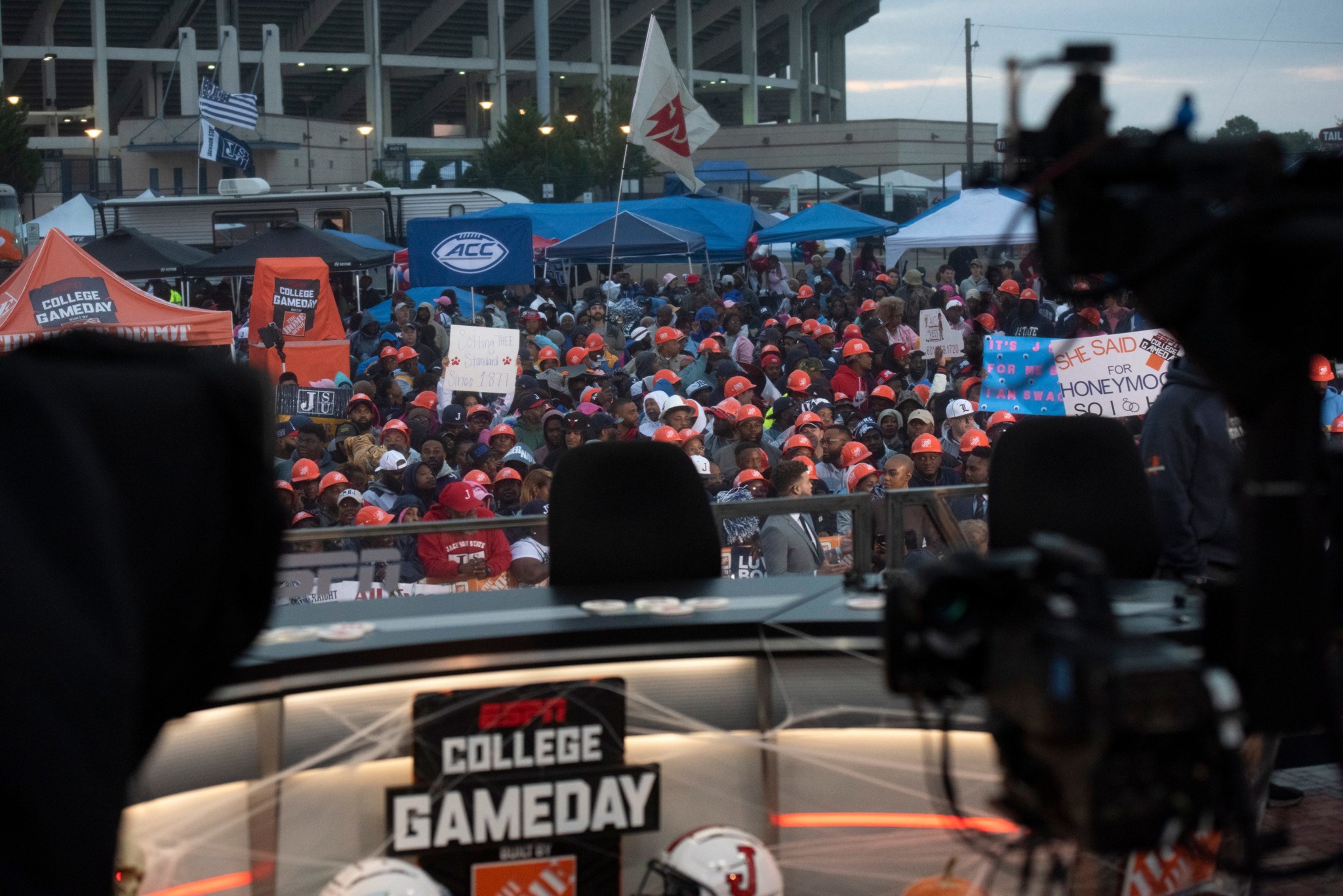 In the latest development, Fox is poaching Chris “The Bear” Fallica for “Big Noon Kickoff,” according to Awful Announcing.

Fallica may appear in one final “GameDay” episode Saturday in Arlington, Texas, before the Big 12 Championship between TCU and Kansas State.

Once he joins Fox, Fallica will focus on “Big Noon Kickoff” and sports betting, according to the report.

This will be the second shot fired across the bow of “GameDay” in as many years.

“Zager doubled Rinaldi’s salary. Now he’s going after Fallica — who appeals to average Joes,” according to a source.

The 35-year-old “GameDay” is the granddaddy of college football pregame programs.

The show has served as a launching pad for ESPN talent, ranging from Chris Fowler and Andrews to Maria Taylor and Samantha Ponder.  The traveling roadshow serves as a “three-hour infomercial” for host schools.

But it’s not the only game in town anymore. The four-year-old “Big Noon Kickoff” has made inroads. The pregame show has also done a nice job setting the table for Fox’s early game window.

Fox programmer Michael Mulvihill tweeted “Big Noon Kickoff” is averaging 1.6 million views from 11 a.m. to 12 noon ET this year, up 12% over the comparable period in 2021.

If ESPN doesn’t pay to retain him, Fox Sports could swoop in.

Fallica and Rinaldi aside, Fox has a long way to go before it catches up to “GameDay.”

It’s arguably one of the three greatest sports studio shows in TV history, alongside TNT’s “Inside the NBA” and ESPN’s “NFL PrimeTime.”

Saturday’s episode from Columbus before the Buckeyes vs. Wolverines was “GameDay’s” most-watched of the season.

Despite the challenge from Fox, “GameDay” is on track to post the most-watched season in its long history.

The show is averaging 2.1 million viewers this season, up 10% from last year. Overall, “GameDay’s” audience is estimated to be 75% greater than “Big Noon Kickoff’s” during the last hour of each show.