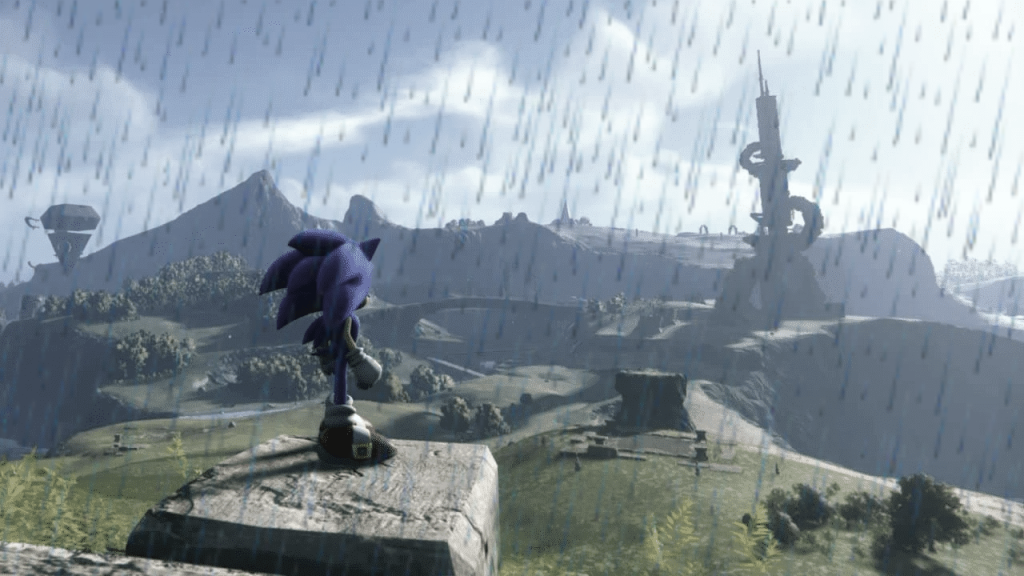 After decades of rushed releases and less-than-stellar titles, Sonic Team seems to be going all out for their upcoming open-zone action platformer ‘Sonic Frontiers’. This extends to the game’s story, which according to the game’s writer, will be ‘melancholic’ in nature.

IGN recently sat down with Sonic Frontiers’ head writer, Ian Flynn, to discuss many aspects of the upcoming title. When asked to describe the tone of the game’s story, Flynn responded by saying:

“Melancholy is a good word for the story overall. Sonic’s indomitable spirit carries him throughout the adventure, and it’s what allows him to help each of his friends as they tackle their own personal challenges. Someone else you encounter will have their very identity shaped by their interactions with Sonic, which isn’t always a comfortable process. Then there’s the secrets of the Starfall Islands themselves and how the tragedies of the past have led to the adventure today. Sonic’s ‘never say die’ attitude is certainly put to the test.”

It is interesting to see the game’s narrative take such a direction. Sonic is no stranger to darker stories, with many of the Blue Blur’s earlier 3D outings tackling a number of unexpected themes.

That being said, in recent years, this style of storytelling has been replaced by a more light hearted and meta tone. After so many years of short and shallow stories, Melancholy might be exactly what the series needs. The plot overview of Sonic Frontiers is as follows:

“Sonic, Tails and Amy embark for the Starfall Islands to investigate the disappearance of the Chaos Emeralds. Things take a turn for the dramatic immediately, and Sonic is left alone with a lot of questions. The story is his journey to uncover all the mysteries of the islands, rescue his friends, and discover how everything ties together.”

KitGuru says: Are you excited for Sonic Frontiers? Which Sonic game has the best story in your opinion? Is Melancholy the right direction to go in? Let us know your thoughts down below.